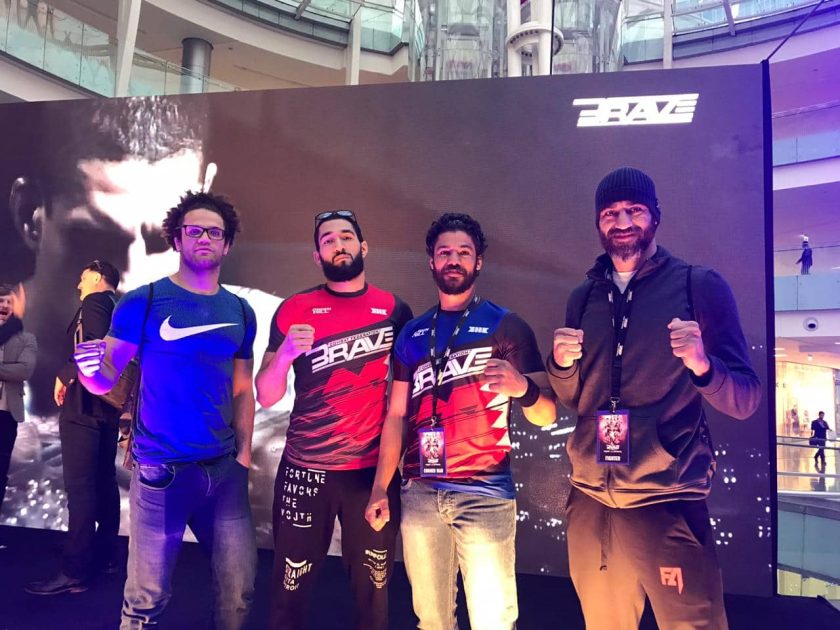 Brave 23 from Amman, Jordan was another highly anticipated event for the Bahrain-based organisation, and Saracens MMA were right there, front and centre, to ensure the show got the kind of opening it deserved!

With Muhammed ‘MVME’ Aly (5-0) making his promotional debut against undefeated Iraq native Hassan Talal, the tone for the entire show, a night of upsets and new champions, was set. With Aly displaying the heart of a warrior as he went in search of a finish in his first fight on a major stage, Talal had to be at his very best to ensure his lights weren’t dimmed by a series of advances in the very first round. A well-matched fight, Aly showed exactly why he had been called up to compete at Brave Combat Federation – and next time, we have no doubt one of Saracens MMA’s most popular fighters will prevail in scintillating fashion!

Shortly thereafter, Egyptian legend Ahmed ‘The Butcher’ Amir took to the cage to face surging Englishman Sam Patterson, a man who tasted defeat just once in his career. With Amir looking for his fourth victory inside the Brave CF cage, Patterson had to be at his defensive best to avoid being choked out in the first round. A turbulent second followed for Patterson, as ‘The Butcher’ pressed for a finish to improve his overall mark to 10-3.

Credit to Patterson, a strong showing in the third round divided all three judges, their collective decision resulting in a rare Split Draw. While Amir and his Saracens MMA brethren no doubt feel he did enough to grab the win with a strong showing, Ahmed will head back to KHK to ensure that next time there is no doubt left in the mind’s of the judges!

One thing is for sure – when the Saracens MMA team get the call from a major MMA organisation, a night of intense, action-packed excitement is guaranteed! 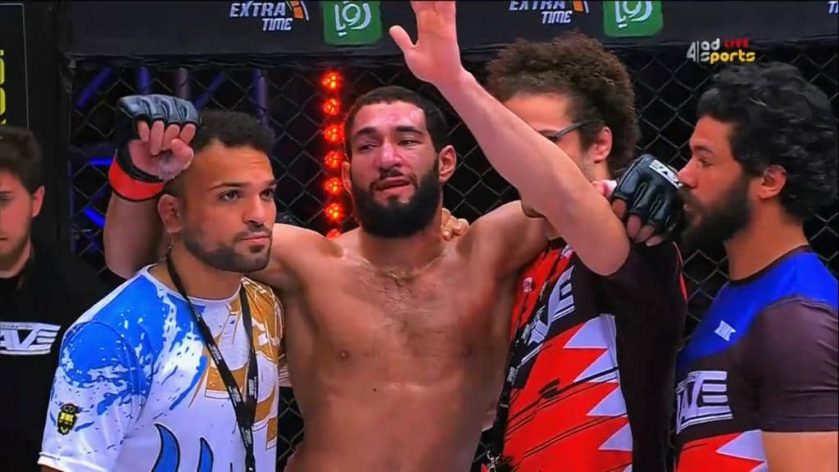 Are you new to blogging, and do you want step-by-step guidance on how to publish and grow your blog? Learn more about our new Blogging for Beginners course and get 50% off through December 10th.

WordPress.com is excited to announce our newest offering: a course just for beginning bloggers where you’ll learn everything you need to know about blogging from the most trusted experts in the industry. We have helped millions of blogs get up and running, we know what works, and we want you to to know everything we know. This course provides all the fundamental skills and inspiration you need to get your blog started, an interactive community forum, and content updated annually.

Ahmed ‘The Prince’ Faress is the most dominant force in Egyptian Mixed Martial Arts history. A fighter who racked up a perfect 12-0 on the national circuit, Ahmed Faress has since held loftier goals in major international promotions such as Desert Force and Brave Combat Federation. Having tested himself in countries as diverse as India and South Africa, ‘The Prince’ now looks to bring his experience and finely-honed skills home one more time at AUFC from Cairo, Egypt.

All he needs now is an opponent…

While Egyptian featherweights and bantamweights will no doubt be wary of locking horns with one of the most skilled fighters in the Middle East, a man with no fewer than 14 stoppages from 14 victories, AUFC has agreed to widen the net in the search for fresh match ups.

Who will step up to the plate?

Keep your eye on SaracensMMA.com for more information! 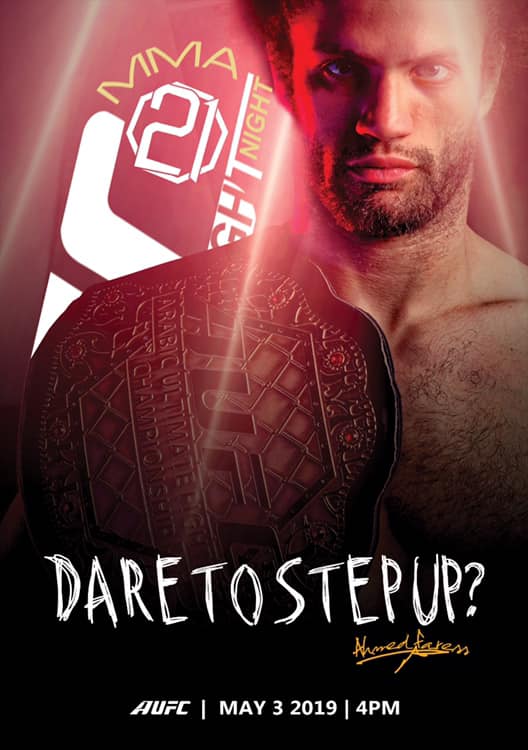 Then you’re going to love this fan-submitted fan-fic video! 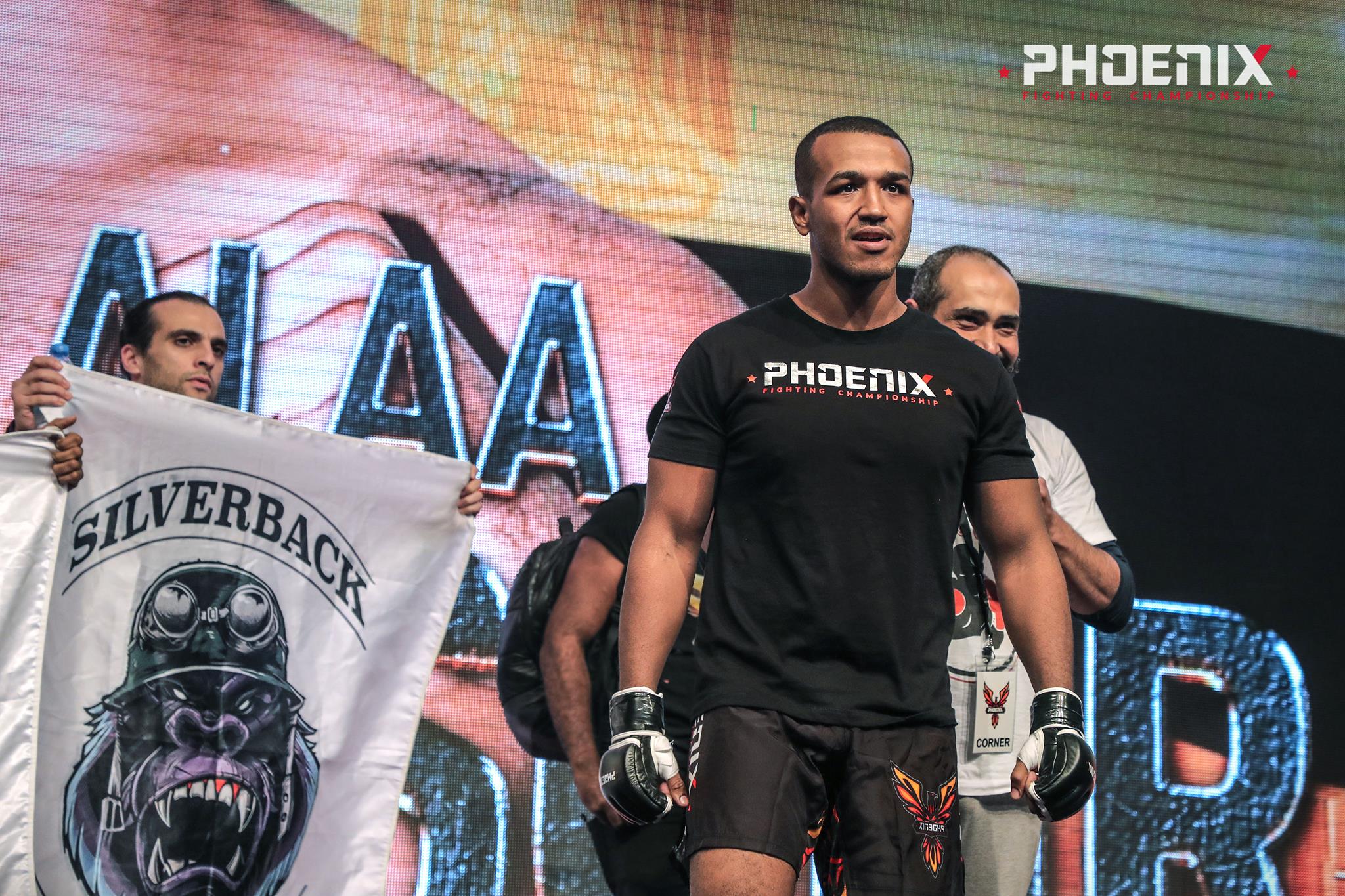 Saracens MMA star and founder of Cairo’s Black Bulls team, Alaa ‘Thor’ Mansour, will lock horns with one of the sport’s most prolific and experienced fighters in J.J. ‘Superman’ Ambrose at Wawan FC 18: Thor vs Superman.

Ambrose, an exponent of Phuket Top Team, boasts a stellar 28-8 (2 NC) record accounting for no fewer than 16 opponents by way of submission – 15 of those by way of a variety of chokeholds. An Affliction, Bellator, Pancrase and The Ultimate Fighter veteran, Ambrose has an extraordinary résumé – but has met few fighters with the vicious KO power of ‘Thor’ Mansour!

The holder of the fastest ever KO in Jordanian MMA promotion Desert Force Championship’s history, Alaa has laid waste to all and sundry, compiling an impressive 6-1 MMA mark alongside a still-perfect 11-0 record in Muay Thai. Having attracted interest from Bare Knuckle Fighting Championship in the United States, as well as from promotions as far afield as Chinese Taipei, Mansour is undoubtedly one of the hottest properties in the sport today. He knows a win over Ambrose will propel his career to the next level, and will be seeking to stop ‘Superman’ in his tracks with the vicious ‘Thor’ hammer!

“I believe in one thing,” Alaa told SaracensMMA.com as news of the fight broke, “if you want to be a great person you must achieve great things. That’s what I’m always trying to do, alongside my brothers at Saracens MMA and Black Bulls. I dream big, and I’m not afraid to fight anyone in the world!”

The man they call ‘Thor’ added: “Ambrose may have been on TUF, but he hasn’t faced any ‘TUF’ shots – he’ll know exactly what I mean the second I touch him!” 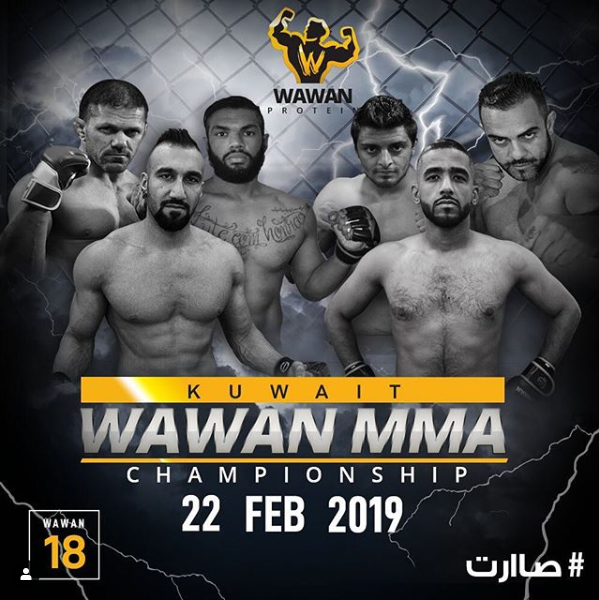 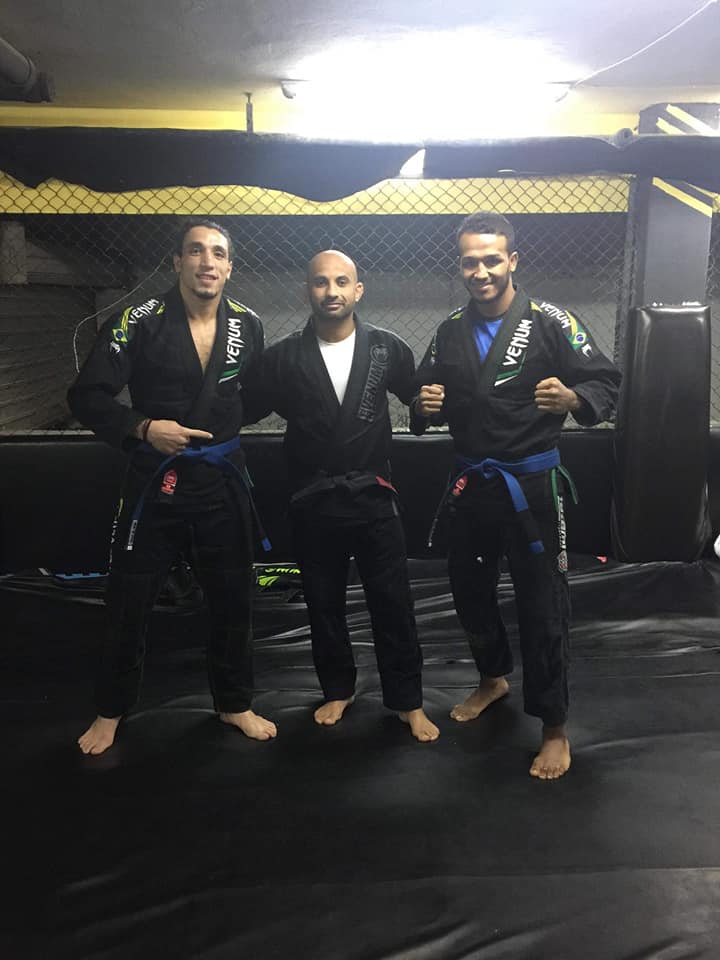 The Saracens MMA – Black Bulls alliance united two of the best teams in Middle Eastern MMA. When an outstanding gym, the Saracens-Black Bulls Academy (SBA) in Cairo was unveiled earlier this year, it was clear mixed martial arts in Egypt had a new focal point. An outstanding centre of learning combining the knowledge and excellence of the nation’s finest martial artists, SBA has gone from strength to strength, and two of the top fighters in the Black Bulls teams have benefited by attaining their Blue Belts in Brazilian Jiu Jitsu.

Devastating kickboxer Alaa Mansour, holder of the fastest KO in Desert Force MMA history with a 14-second stoppage, and Eslam Syaha, a 7-1 man-mountain with an unquenchable thirst to become the best-of-the-best, were both awarded the accolade by famed Brazilian Jiu Jitsu Master and Black Belt Abdelhamed Sadik.

Sadik, based out of Torrance, California, is not only one of the most respected BJJ practitioners in the sport, but also a world class coach. His presence at the SBA facility was an honour for all members of the Saracens MMA and Black Bulls team members, and we at SaracensMMA.com look forward to reporting on many more promotions for these two tremendous fighters! 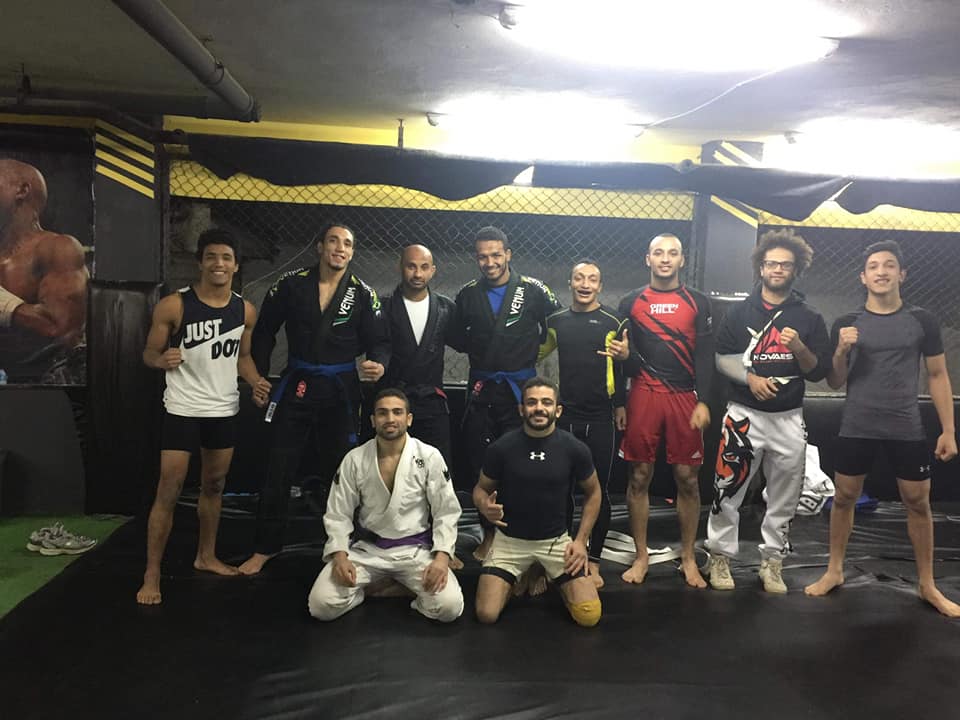